The Story of this watch

In 1998, I saw for the first time the one-hand watches, where the hand shows both the hour and the minute.  I really liked the idea of this “simplification” of the watch (even if reading the time was not simplified).

I started to wonder if it would be possible to go one step further, and completely removing the hands in a watch, but still be able to read the time (which is the main purpose of a watch…).

After some thinking, I realized that the only way to have this “handless” watch is if the dial itself would turn. By having a fixed mark under the dial, it would be possible to read the time.

The idea was so simple that I was convinced that someone else already thought of it, and I started searching for such a watch.  After about 4 years of research, I understood that such watch did not exist.  So, I decided to make my own, using an existing watch, some glue and a paper dial.  It was the first time I modified a watch.

Initially, it was intended to be a one-off watch, just for me.  But several people noticed my watch and asked me where I bought it.  I told them that it was mine, and they asked me to make one for them.

So, I decided to give it a try, launching my first “watch”.  I went on Alibaba to search for watch providers. It turned out to be suprisingly easy ! Communication was in English, and I really enjoyed the whole process. 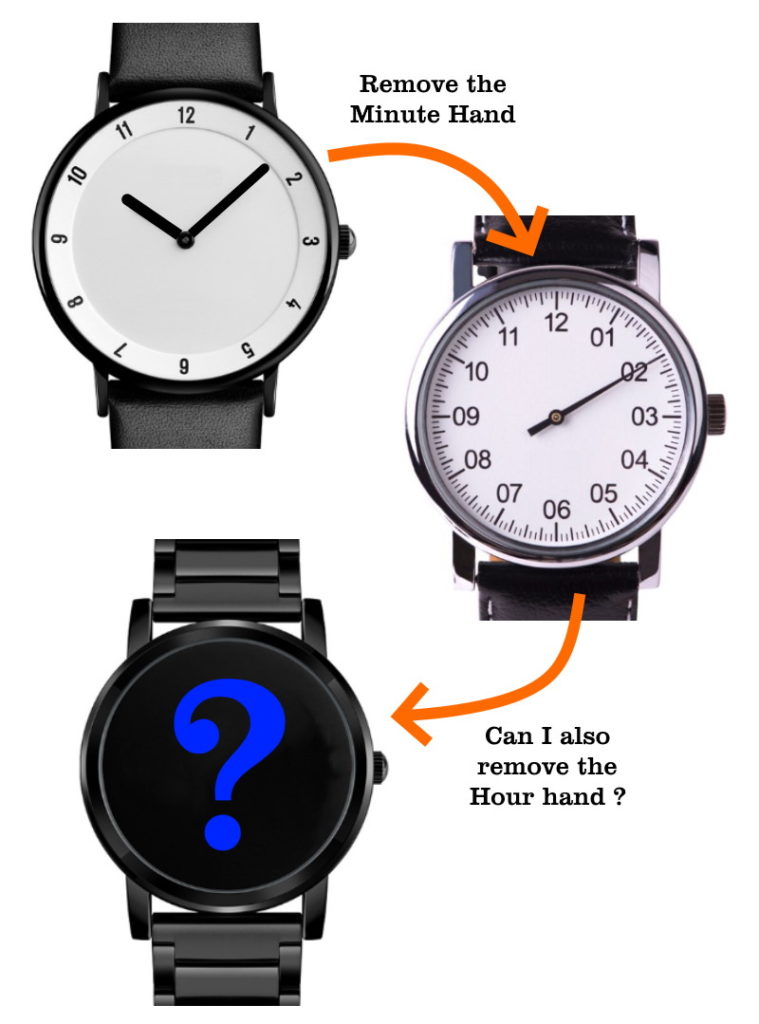 How to read the Time?

How to read the Time (not the newspaper) when there are no Hands on the watch ?

The answer is easy : You make the dial turn ! By putting a fixed line at Noon (the red line), this gives a way to know the time.

On the dial, each hour is divided on 5 (and not into 4, as on a normal watch’s dial). Each mark is 10 minutes. For the Half-hour, the mark is a little bigger. And between each mark, there are smaller marks for the 2 minutes.

While it is not possible to know the time to the second-precision, you can guestimate the time with a precision of about 2 minutes.

The animation on the Right (or below on a smartphone) shows the current time displayed on the watch.

You can choose to see some of the possible dials. Previous
Next
Buy it 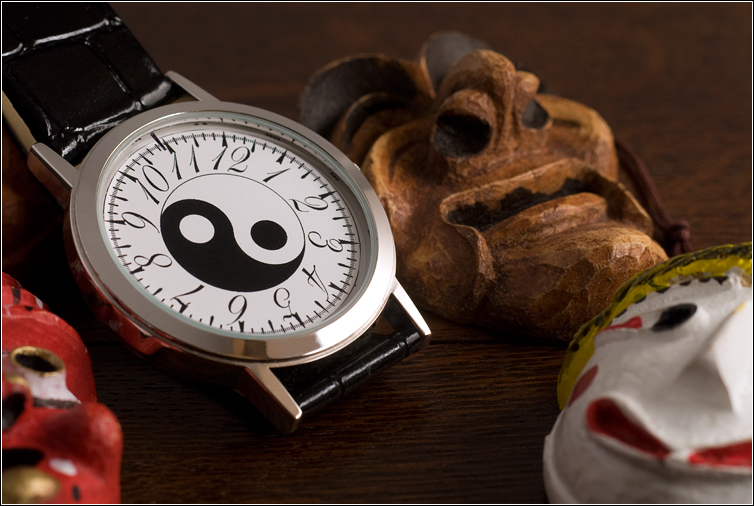