Origami, the Art of Paper-Folding

My Story with Origami

When I was around 15 years old, I discovered Origami through the books of Robert Harbin.

I was hooked immediately. Origami was fun, didn’t require any tool but a sheet of paper, and could be done anywhere, anytime.

I then joined the BOS (British Origami Society), which I strongly suggest you do if you want to learn more about origami, and if you want to meet other Origamists.

I also joined the MFPP, which is the French Origami association.

Those were the days before Internet, when you actually had to write letters with pen and paper, send the envelop, wait couple of weeks for the answer.

I also started creating some Origami models, but I was not a great creator

While several Origami creators were designing more and more complex models (insects with all the correct number and position of the appendages), I decided to follow the opposite road : Creating Origami models with a minimum number of folds.

I came up with several models. I also gathered other Minimal Origami models from other creators (including John Montroll, who is famous for his complex to super-complex Origami models).

All these models are part of my book “Minimal Origami”.

For this site, I wanted to create a logo that would be linked to both Origami and Watches.

It also needed to be graphically simple, and not too complex to fold.

This is where my 20+ years of Origami were handy.

I had the idea for this logo while sleeping. I knew it would be good. So, the following morning, I grabbed a piece of paper and folded what I had dreamed.

It was as I expected.

I then had to tweak it a little to make it easier to see when on a small dimension. 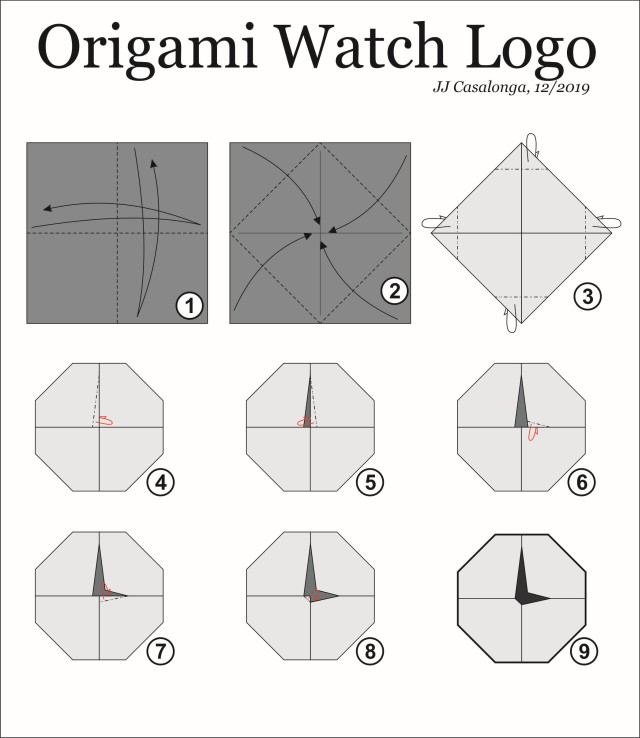 From Origami to Watch Design

After about 20 years of happy and intense Origami passion, I decided to step aside, to take a breath.

By accident, I discovered the world of Watches. I felt in love with it.

But just collecting watches was missing the creation pleasure I had in Origami.

One day, I saw a watch that had only one Hand. The idea was funny and interesting. I wondered, would it be possible to make a watch without hands. But still have the normal dial.

I gave it some thought, and I came out with a solution.  If you remove the hands, then you must have the dial rotating to display the time !

I had just created my first Watch Design ! 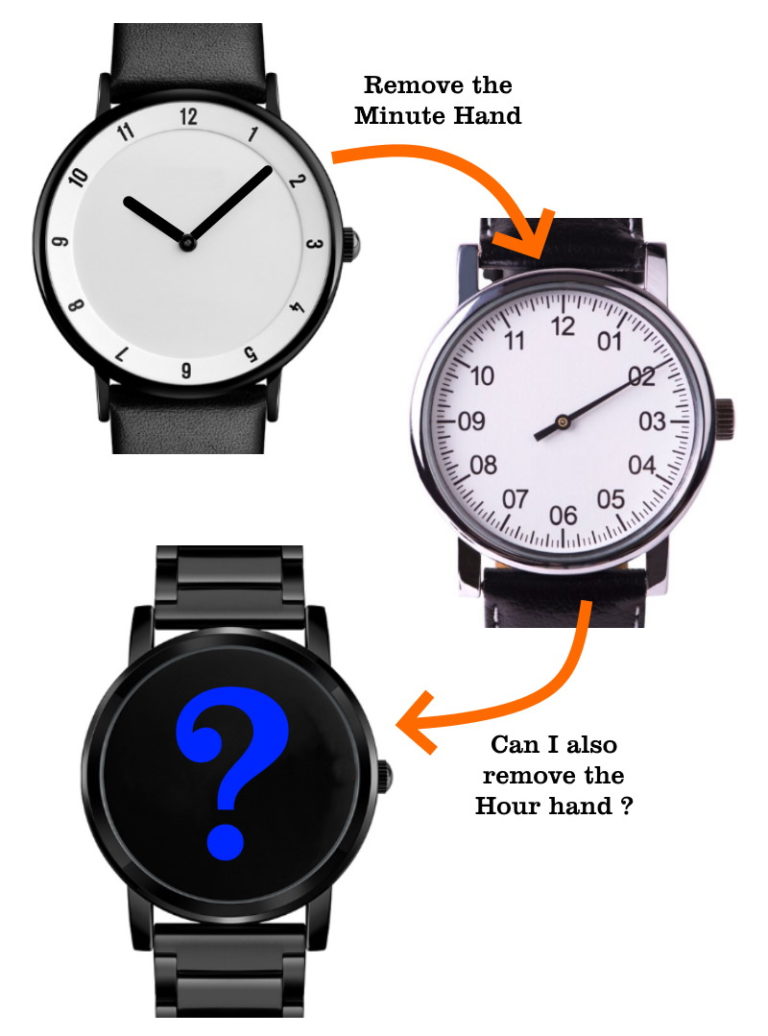 At the opposite of the Minimal Origami are the Crease Patterns.  Some models are so complex that the step-by-step folding of the model is not possible. You have to pre-crease the model, according to what’s called Crease Patterns, and basically bring all the folds together in one move.

Below are some Crease Patterns by one of the best Origami Master and creator, Robert Lang (used with his kind permission). Don’t hesitate to go and visit his website.

Previous
Next
Let's Keep in Touch