The Story of this Watch

In September 2013, I see on a French Watch forum this picture (see on the right).

This was a joke from one of the forum’s regular member, but I was struck !

I had no idea such small Hard-Disk Drives existed, and the off-center disc would be a perfect dial for a watch. I decided that this would be my new watch project.

Fast forward to one year later, when I launch a Crowdfunding campaign for this watch on Indiegogo.  After a slow start, the campaign ends with €40,561, more than 1,000 times the initial goal of  €3,500.

Since then, I sold about 800 HDDWatches. 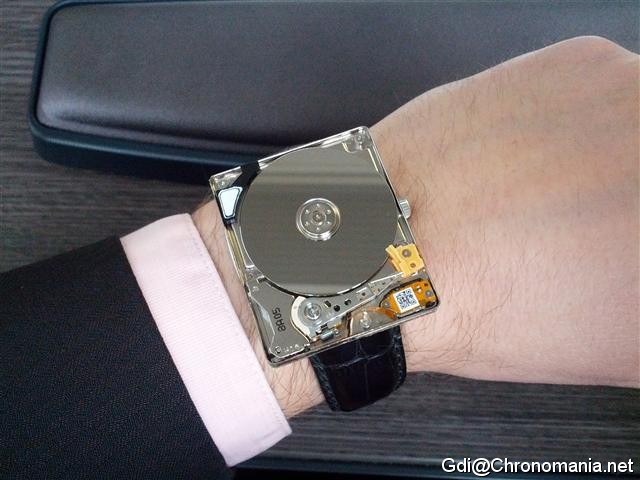 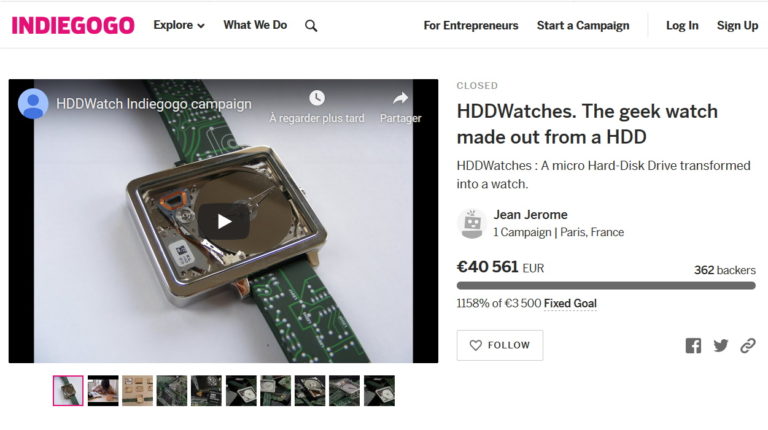 The watch in Action

On the right (or bellow if you are on a smartphone) is the watch with the hands showing the actual time (based on your computer/phone time). The review from Watch It All About

What are you looking for?